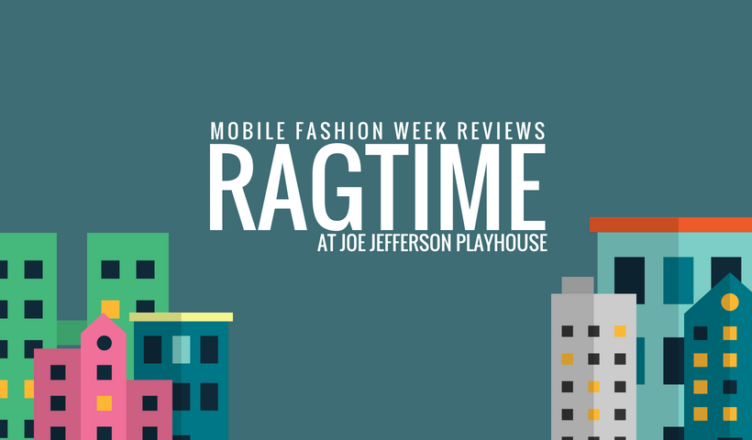 Only a spirited theatre group like the JJP would have the backbone to put on a huge musical like Ragtime, then without delay prove they have the talent to pull it off. The production opened Friday, June 1st, the show will run three weeks and will wrap up with a Sunday, June 17th matinee, featuring a cast and crew of over 100, including orchestra members. The Joe Jefferson Players have long been known for putting on big musicals, successfully staging Cabaret, Rock of Ages, Spamalot, among others over the years. And they do it all as a non-profit theatre, Ragtime will be yet another notch in their belt.

Based on the E.L. Doctorow book of the same name, Ragtime the Musical is based on the lives of three very different families living during the turn of the 20th century in New Rochelle, N.Y. There are the elite white folks, a struggling black family, and a Jewish immigrant who arrives poor and tattered with his little daughter on what was popularly known as rag ships. They all hope that America will be the land of promise, though, for the black family, the experience includes the harsh realities of racism — and this production does not shy away from the ugliness of it all, including one word that makes everyone in the audience internally reflect on the past and even today’s political/social climate.

Though the subject matter might at times be harsh, there is a lot of joyous singing, mostly in a gospel style with several exceptional soloists. At the top of the list is Jhalana Jones in the role of Sarah, a young black girl with a newborn baby who is taken into the home of a wealthy white woman after her musician boyfriend runs off. Jones has only graced the stage of JJP once before in the recently reviewed Cabaret and when she sings there is a real depth of feeling as well as exceptional vocal skills.

Shadoe Valentin as the Jewish immigrant Tateh is also wonderful. He has the voice and the emotional straightforwardness to make a believable character struggling against all odds to make a life for himself and his little daughter, played by Addison Ratiff (her first show at JJP).

The set for Ragtime is kept simple: just a series of movable wooden platform silhouettes, allowing the large cast to move about freely without making the stage look overly crowded.

Directed by Dr. Patrick Jacobs, the director posted on Facebook: “Twenty years after it’s premiere, and more than a century after the events of the show, the issues that “Ragtime” confronts are certainly no less relevant today. We find ourselves in a world where there is a refugee crisis, where we are struggling for social justice for all people, and where so many feel that the American dream is out of reach. It shows us how far we have come in our journey, but how much further we have to travel to reach our goal. Working with this beautiful, diverse cast on such a powerful piece has been a step along that journey for me, and I hope that experiencing this production will move you as well.”

So get your tickets today and enjoy RAGTIME THE MUSICAL. 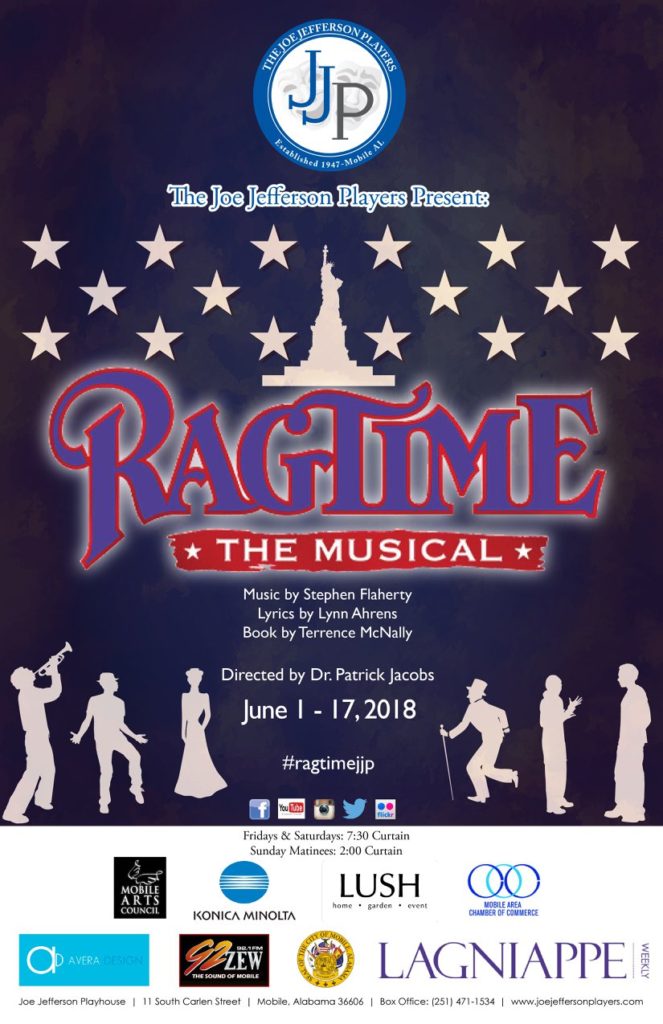 All photographs provided by Kyle Meyer.