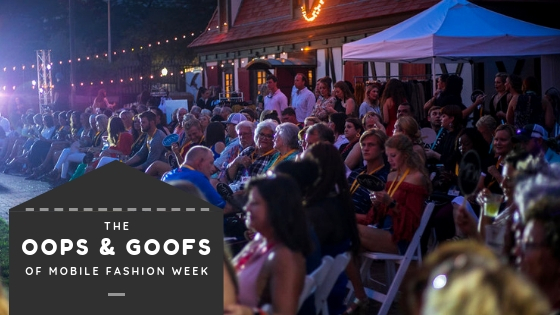 For 8 years and 7 seasons, we have been the Fashion Event on the Gulf Coast that has remained without compromising the integrity of the show or bowing to the “ideals” of a Southern Show, we have donated a minimum of $5,000 to Camp Rap-A-Hope each year, and smaller financial donations to other nonprofits every year and we haven’t tried to divide our focus until the show was PERFECT. Throughout our history, we have strived for the perfect show but sometimes it doesn’t always happen that way, we have learned from not only confiding in industry professionals but also by the “Oops and Goofs” of putting together the show. We wanted to put together this blog to show everyone that its “OKAY to mess up”, as long as you learn from it.

This year we worked with the amazing team from Future Astronaut Co. and can we say they did AMAZING with their first big fashion event. We learned a lot about constant 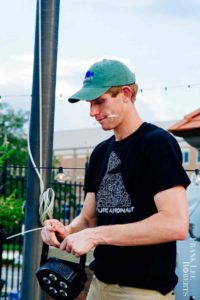 communication and terminology. Expectations were high on both sides and through communication we made it work. Future Astronaut worked late into the night (while being late to another gig. oops!), to make sure Mobile Fashion Week was ready for the show. Huge thanks to both team for taking feedback and making this show a success.

The seating has a hiccup as well. We sold out 200 online tickets on the Thursday before the event, which should have made the seating easy but what we didn’t foresee is the chairs being larger than we measured and not fitting them in the shape of the original seating chart. This meant we were seating our guest as they were entering the venue, causing a little bit of a traffic jam and caused our show to start 15 minutes late, which has never happened to us.

Overall, the production teams worked as hard as possible to make sure the experience that was achieved was one of fashion and fantasy, that let the guests escape, if only for a moment in time. THANKS, TEAMS! 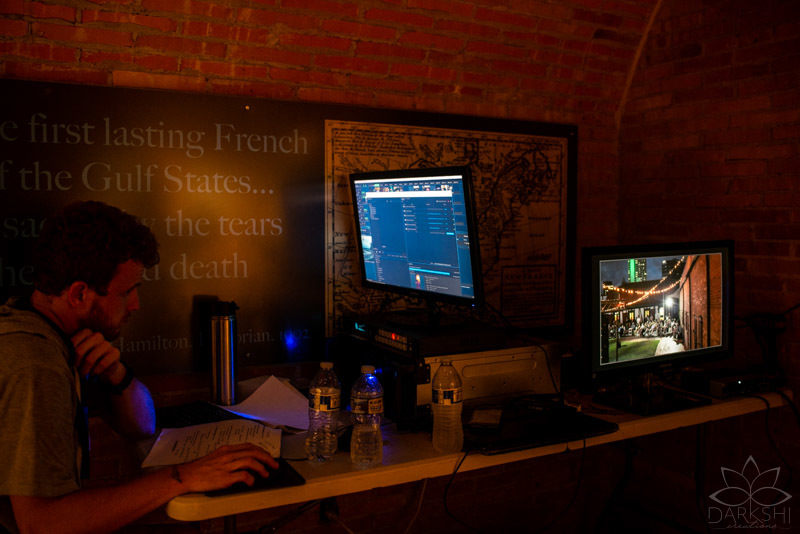 We have run-throughs prior to the show, to make sure timing and the length of the show isn’t too long (even us who LOVE fashion don’t want to sit down and watch 3hrs of clothes walking back and forth) due to the timing of the run-through guest started to arrive and watch through the gates of The Fort, in our profession if you can see backstage or see any of the production it removes you from the environment and the fantasy of the show so we decided to cut the run-through short. Now that we got through that prelude, let’s begin.

The One That Got Missed.

Things happen and sometimes models have emergencies and can’t come. It’s life! What we are responsible for is making sure each retailer/designer has the models they need to complete their shows/collections. For L+F Clothing Boutique, that meant two of their models walking twice! With the timing of the show on the line, the final look didn’t make it onto the runway. The team worked extremely hard to get the model dressed, but at the end of it all… the show must go on but don’t worry this is the look you missed and is available online at www.lfclothingboutique.com

Zumiez joined the show this year, Zumiez lives off the love and support of the skate and snow industries that their customers live and ride for. We were so excited to style and dress the models for Zumiez, that their logo got missed during their walk. Here are the amazing looks from Zumiez!

What About That One Designer?

Fly Times / Secret Scientist joined Mobile Fashion Week this year and we were so excited to have two streetwear designers/brands to hit the runway this year. Many guests were excited because on the Thursday before the show Founder, Richard McGill announced on Fox/Studio 10 that this would be the first year Mobile Fashion Week focused on streetwear. After the interview, Richard received an email that Fly Times/Secret Scientist wouldn’t be able to debut at the show, due to selling out major amounts of garments to a B’ham retailer. We were excited to hear that they sold out of many garments, but we were sad that they wouldn’t be there to support Mobile Fashion Week or Camp Rap-A-Hope, but Fly Times/Secret Scientist impressed us by sending “swag” to all the models that were supposed to walk for the line. So, models still got to have fun with the brand! 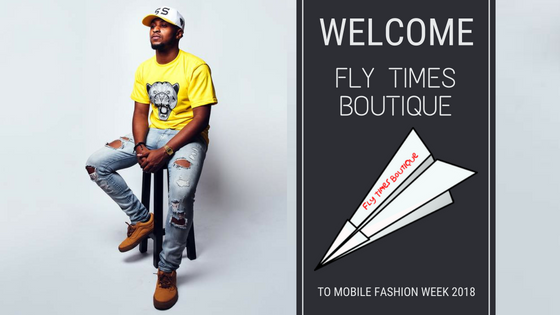 BLYNDi hit the runway during Mobile Fashion Week, with a mix of a collection from earlier this year and their new Serial Series.  The show started with models in black and white tees, a black and white video of Designer Justin Tullie and Director of Brand Development Chrissy Hawkins which was correct, what might have seemed off was the music. Somewhere in the email communication universe the songs that were supposed to run with the collection got mixed up, the music that was supposed to be mixed was “Ghost by Jaden Smith” and “SAD! by xxxTentacion” but even with a music hiccup, the show was amazingly creative with a lot of buzz from bloggers and guests! 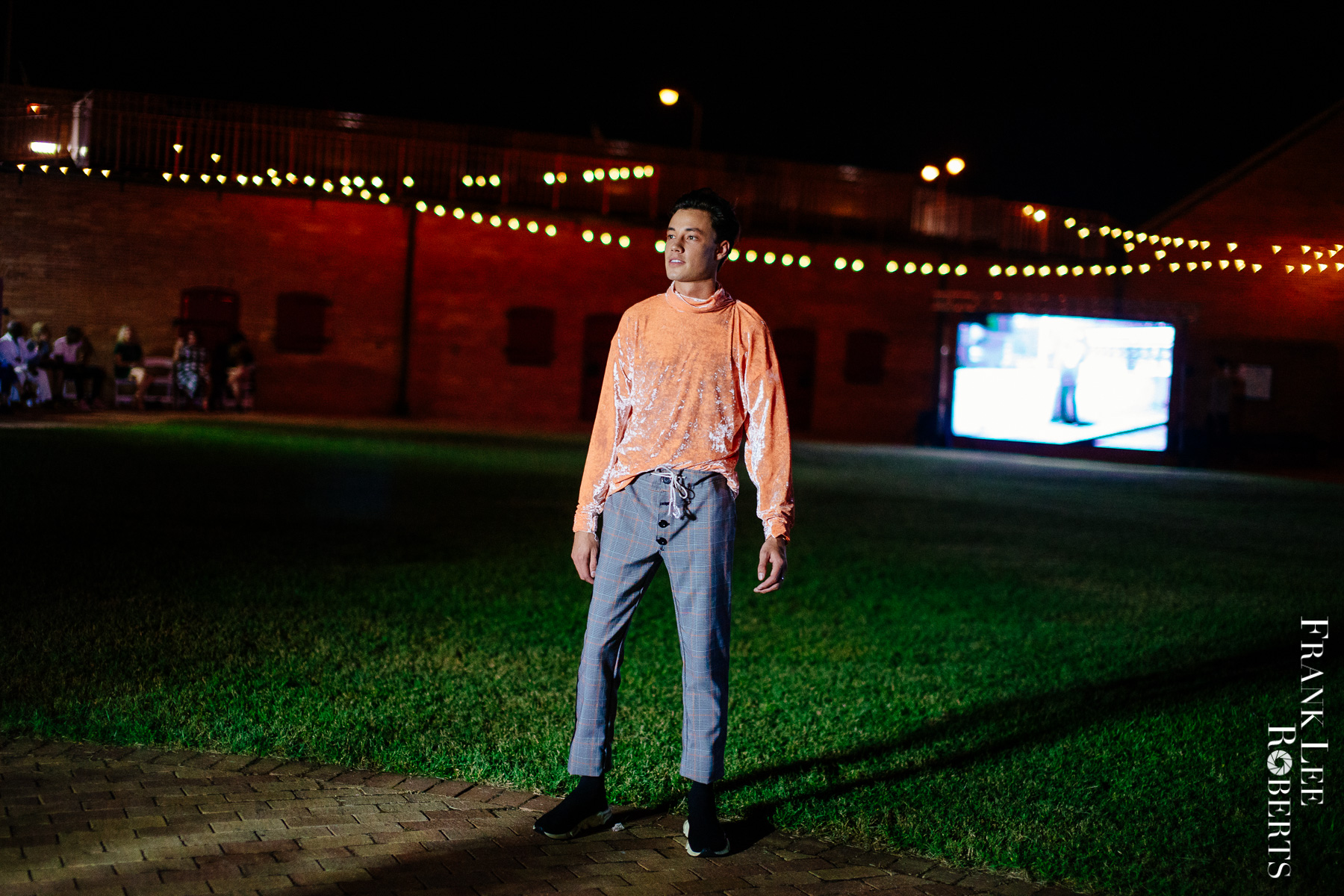 All in all, we put together an amazing show and raised money for Camp Rap-A-Hope, which at the end of the day is what this event is ALL about, yes we are all about the fashion and we all love styling hair, doing makeup, taking pictures, but supporting a camp for kids with cancer is just so much more meaningful. We were one team and worked together, even when we got it wrong. This is what all events should be, not just posting the things that go perfectly on social media or framing a picture just right to make your event look “sold out”, just be honest, work hard, and your event will sell out.

If you need support with your event, or just have questions for us. Shoot an email over to info@mobfashionweek.com and we will get back to you as soon as possible. Never be afraid to start something new, because the payoff can be enormous! 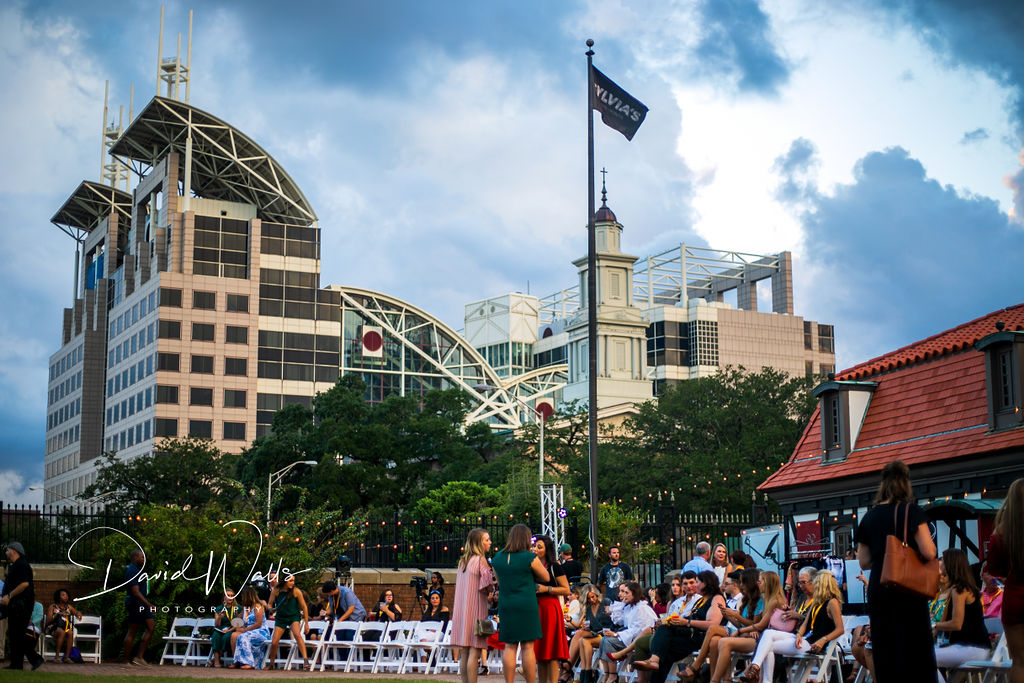